One of the most fascinating concepts circulating throughout the computer science world when it comes to human consciousness and artificial intelligence alike is the growing interest in what is known as substrate independence. Substrate independence describes a phenomenon that can manifest itself in more than one type or arrangement of atoms and molecules. It focuses on the importance of the actual information pattern that is being processed, computed upon and stored by physical matter of some sort — and not on any particular type of matter which is doing the actual computing work.

In a computer, the operating system and applications are supported by electronic hardware, microchips, wires, peripheral devices and so on. In your brain, your conscious ability to process information, make decisions, sense your surroundings while understanding the nature and consequences of your environment — are all generated by complex, interwoven patterns of electrical and chemical activity that are substrate upon a highly specialized organic protein mass. That protein mass is, of course, the massive collection of neurons and supporting cells inside your brain, which is the most complex and amazing three pounds of matter in the known universe.

A simple way to think about physical substrates as opposed to information-bearing patterns is to imagine the way in which sound moves through various different materials. Normally we hear sounds moving through air molecules. Compression waves transport information to and fro in the form of noises and language that propagate through a substrate that makes their existence possible, which is the air. On the moon in a vacuum there can be no sound because there’s no substrate to propagate it. But sound can also move through other substances… it can move through water for instance. If you’ve ever been underwater, you know that sounds seem very sharp and crisp because the water is denser, and this changes the character of the sounds as they reach our ears. 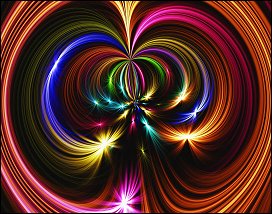 This could begin to answer one fundamental question about consciousness that has puzzled us for a long time: how can physical matter, the neurons in our brains, give rise to such a powerful and overwhelming sense of “being”, that intangible and ethereal Feeling that we are alive inside our own heads — stuck in physical reality — while at the same time not actually a part of it. A feeling that somehow we are something distinct from our own flesh and bone… spirit, soul, essence or whatever.

The answer to this puzzle, one that bewildered great thinkers for centuries since humans first became introspective, now seems like it could be the fact that our consciousness is substrate independent, meaning that what we feel when we detect ourselves psychically inside our own minds is the interaction of all the many and varied patterns that make up the interplay of electro-chemical actions we call cognition.

We do not feel the matter itself (proteins, cells, hydrocarbons), only their actions of computation that underlies it. We are computation! So the auto-processing output that comprises our moment-to-moment feeling of self-awareness is actually the arrangement of particle structures within the brain, not the particles themselves.

The important thing to know is that it is the PATTERN formed by these hydrocarbon particles that harbors our precious sense of Self. In other words a different arrangement of different types of particles could support your consciousness just as well, as long it were structured in a way that allowed computation to continue as it naturally does within your brain. While vital, your brain substance is not you.

The interactive PATTERNS locked into that substance are you — this is what you sense when you are hearing that little internal voice that you recognize as your own consciousness.

This exciting reality (if further experimentation supports it) allows for the existence of artificial intelligence based on circuitry, not proteins. 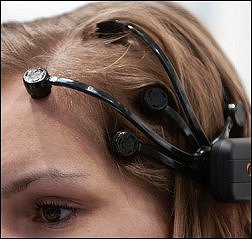 We already know that such self-referencing computational complexity is certainly possible because it happens within our own brains. Simply stated, it is demonstrable that there is a particular arrangement of physical atoms such as they occur within the human brain which allows that almost magical feeling of self-awareness to arise from the collective actions of computation and memory. They produce a sensation of “beingness” simply by virtue of their normal operation — and thus we are sentient and aware of ourselves. This may seem supernatural or spiritual to many people, but more and more it is appearing to be just an expressed property of physical-neurological functions, occurring in a physical universe, with all its parts obeying classic physical laws, and essentially nothing more.

Consciousness is so amazing to each and every one of us however, that it FEELS like something more. This Illusion of Mind is what fools us about our very nature! And really, isn’t this knowledge enough? Unfortunately for many of us, it would be emotionally devastating…

You may feel that only sadness can be the proper reaction to the unraveling of the mechanics of the Mind and the dissolution of all spiritual mystery, but I am here to opine that it is hopeful as well — hopeful because the substrate independence of this process allows for the possibility that cognition can occur in a silicon-based electronic organism as well as our own organic brain. It appears that intelligence does not absolutely require protein-manufactured flesh to express itself — it can theoretically be made to operate on a synthetic substrate as long as that material has the ability to compute (i.e., form NAND gates), to sense the world around it, to memorize data and finally to engage in some unpredictable abstract rearrangement of its processing patterns in order to predict a future outcome for any particular choice of behaviors.

Such as entity will be alive, period. Not only that, a synthetic version of the human mind will in many ways represent a naturally superior form of life that we will desire to become more similar to, especially as we become more enamored of its massive power and ability. Transhumanism will be seen as our best chance at achieving both immortality and the fulfillment of our highest human purpose, by seeking to become fully integrated with our finest technologic achievement.

But at what price? 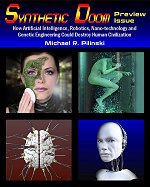 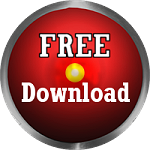